Not wanting to get stuck in a rut and coast into middle age, I decided to try at least fifty new things in 12 months – it was such good fun that I am going to keep going and say Yes to more new experiences !

Merry Christmas to all .... 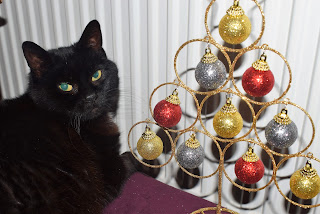 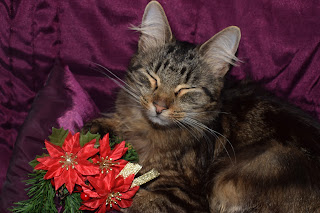 and also from the latest addition to the family - Roxy.
Posted by Alizabethy at 08:33 1 comment:

There are 12 Wildflowers You CAN Pick! 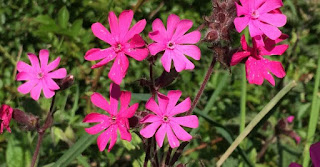 At last - we are encouraged to go out in the countryside and pick some wildflowers!

Of course, you can't pick everything you see, but you won't damage the countryside if your children pick a few daisies, buttercups and meadowsweet! 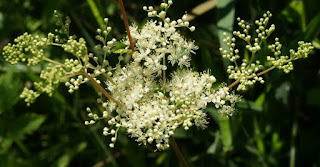 Other flowers mentioned are cow parsley, yarrow and primroses. 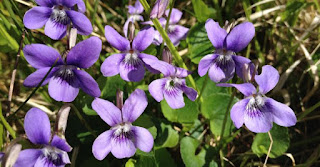 There is also some practical advice such as pick '1 out of 20', so you leave plenty for others to enjoy and leave the roots behind.
Posted by Alizabethy at 00:08 No comments: 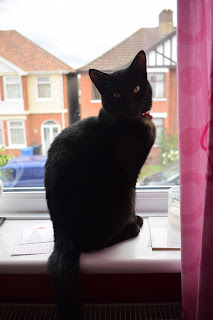 We have 3 jet black cats - but their colour is the only thing that have in common as they have such different personalities. Jinny is the youngest and liveliest. The hunter that will bring back dead birds and mice, inquisitive and quick. She has a squeeky meow and can be found investigating bags and boxes for food! 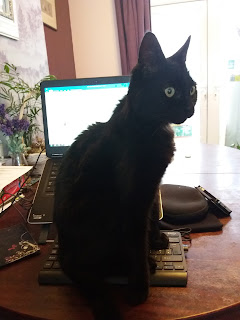 Bernard is probably the oldest, but we don't know his age, background or even original name as he was abandoned by his previous owners. He has only been with us for 6 months but had changed from the thin, scraggy cat who had a constant meow for food, now that we have got the right dose for his thyroid medicine. He has already sussed out the soft touch neighbours and spends a lot of time in other peoples doorstep, gardens and houses - should be renamed six dinner Sid! 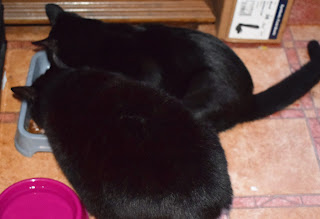 And lastly comes Millie - also known as Fatty Puss. She should be a small petite cat with dainty paws and face, but is just a roly-poly ball on legs. She rarely leaves the house and if turfed out to the garden, sits in the sunniest spot that is near to the house as possible. She loves her food and will hoover up any left-overs from the other two. She has problems with her teeth, but still manages to eat well. She seldom makes a sound, is very shy and I don't think she has ever caught a mouse, but is no trouble at all.
Posted by Alizabethy at 14:34 No comments:

A small contribution towards ridding the ocean of Microplastics

Reading this recent article in the newspaper about the amount of plastic swilling around in the seas, really bought home about  terrible contamination of the sea and its affect on wildlife. By making art out of all the discarded plastic, Rob Arnold has made an quite an impact.

There is a campaign this month to reduce the amount of plastic in the sea and how you can help, especially by stop using 'one use' plastic straws and bottles 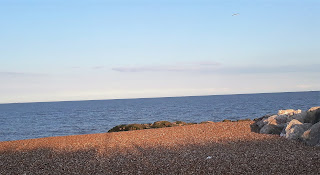 Yesterday evening I went to Felixstowe - the view over the beach to the North Sea was lovely, but a closer inspection of the beach showed loads of litter, so I did my bit and picked up this amount in only 5 minutes! 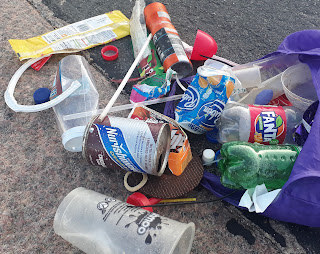 Yes, there were lots of plastic straws and bottles but also smaller broken pieces that has been washed around in the ocean. There were also odd things like a rubber windscreen wiper blade too! 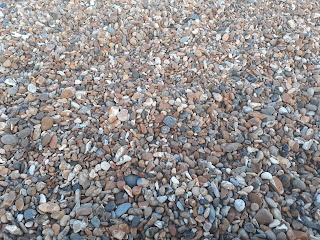 I collected 3 carrier bags full of rubbish and feel happier that, at least, a small part of the shingle was plastic free for a short while!
Posted by Alizabethy at 13:20 No comments:

Another good reason to to enjoy urban walking at this time of the year is the beautiful smell of roses that waft from front gardens as you walk past! 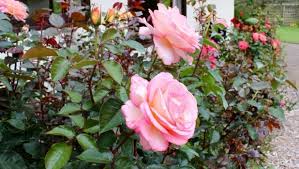 They are still a popular plant in many  gardens and I love to stop and smell a rose as I walk past. Its often the less showy roses that smell the nicest!

Despite many attempts, I've never come across a bottle of perfume that can match the aroma of a real rose!
Posted by Alizabethy at 14:31 No comments:

In Praise of Urban Walking

I know that many people love walking in the countryside, but I want to put a vote in for pleasures of walking in towns!

Today I went for a 45 minute walk around some quiet suburban roads in my home town. This included 3 roads that I am pretty sure I have never been down before, despite me living here for 40 years!

It is so interesting looking at the different styles of houses, spotting some stunning front gardens ( plus some absolute heaps!). I heard birdsong, saw beautiful spring flowers and felt safe and secure. 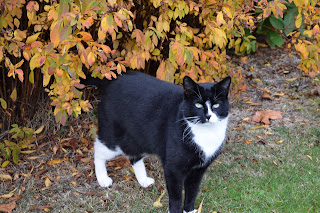 Most streets were empty, despite it being mid morning, with just the odd resident washing their cars or doing a bit of weeding. The only time I was stared at, was by a few cats who were mooching around. It was a real pleasure and made me feel good, whilst boosting my daily step count by 5,000!
Posted by Alizabethy at 08:56 No comments:

Some really good things happened in 2016

There's an Ebola Vaccine now
Child Mortality - Down across the globe
+9% survival rate in pacreatic cancer sufferers
Gene responsible for ALS found
Volunteers in India planted 50 Million trees in 24 hours
Suicide rates down globally
The Ozone layer is repairing itself
The Rabbinical assembly issued a resolution affirming the rights of trans and non conforming individuals
MIND CONTROLLED ROBOT ARMS!
Wild tigers numbers up FOR THE FIRST TIME IN 100 YEARS
Giant Pandas - No longer endangered
A solar powered plane did a world trip
Global Malaria down by 60%
Measels ERADICATED from the Americas
93% of the world's children learned to read and write - the highest percentage IN HUMAN HISTORY
China plans to be completely renewable by 2020 and has a global plan for by 2050
Huge global push in renewable energy
Norway committed 0 deforestation
Manatees - No longer endangered
Wild Wolves - Back in Europe
Wild Salmon spawning in the Connecticut river for the first time since the American revolution
Columbian white tailed deer - no longer endangered
Green Sea Turtles - NO LONGER ENDANGERED
Sea World no longer breeding captive killer whales
Humpback Whales - NO LONGER ENDANGERED
Global aid - up by 7%
Americas most generous year EVER in charity and aid
China's most generous year EVER in charity and aid at $15 Billion

Yes, some famous people you liked died, and you know what - more of them are gonna go too but take some time to look at the good and beauty in this world, good stuff is happening, learn it, support it, be part of it.

Posted by Alizabethy at 09:48 No comments: